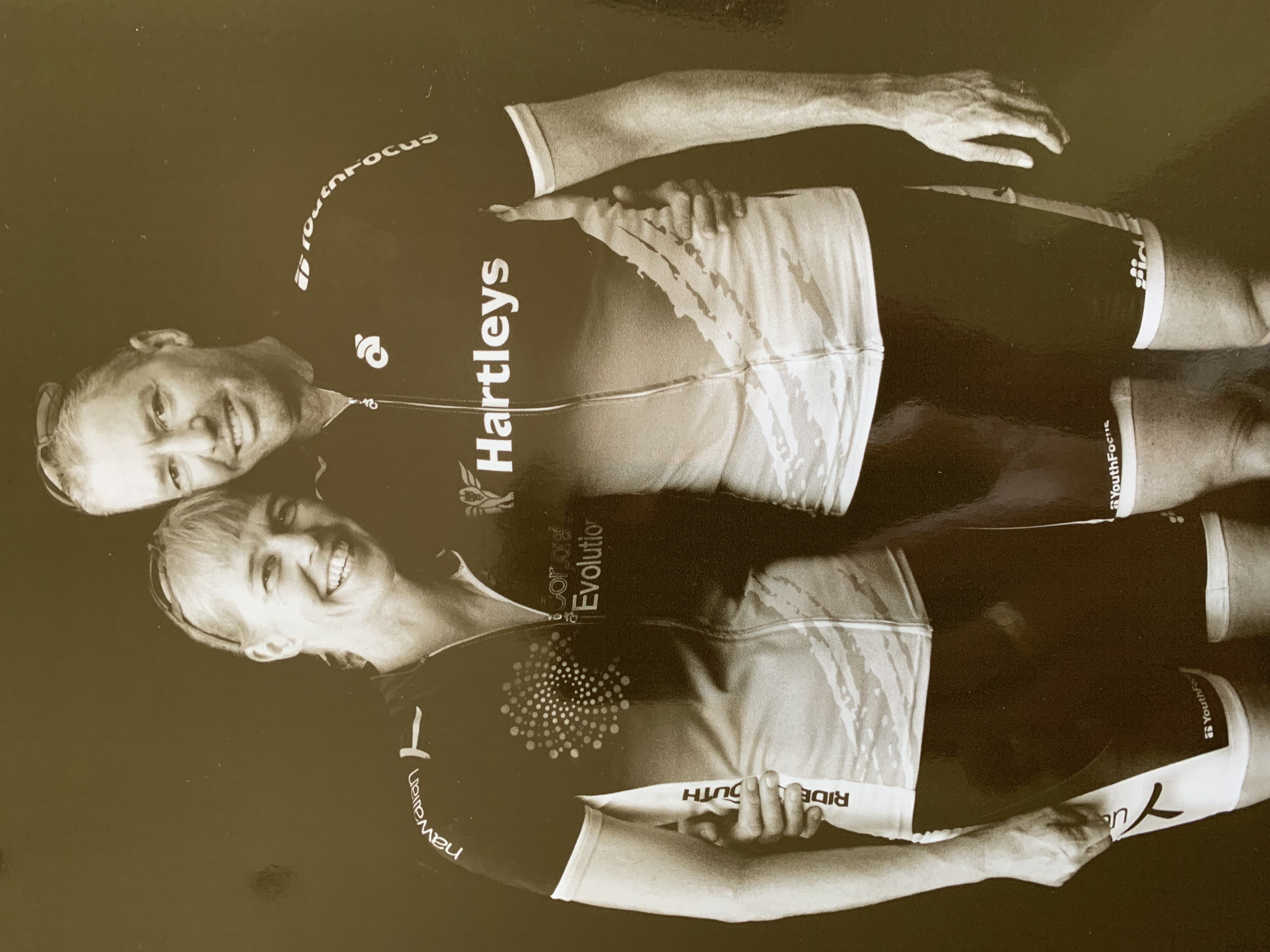 I was the only female to participate in the very first Ride For Youth in 2003. I am rider number 009. I wanted to support Youth Focus, as I had witnessed first hand the devastating impact of poor mental health on an adolescent family member . I was also drawn to the challenge of riding long distances. So 23 blokes and me set off in cyclonic wind and rain now 20 years back!. We left Albany with one lone reporter from GWN and arrived in Perth 5 days later. What an adventure we had with many bad taste jokes along the way. Lucky one of the blokes was my supportive husband Anthony.!. Since then many more females and couples have joined the ride and we have made life long friends over this time.
Anthony and I have participated in the ride 17 times to date. The most challenging time was the 10th anniversary in 2012, when our children were only 1.5 and 3 years old. With both of us participating we had to tag team our training sessions and were seriously sleep deprived.
Anthony and I have fund raised over $130K since 2003, and I am proud to have been admitted into the Hall of Fame in 2012.
We now live in the beautiful south west town of Cowaramup and run a bike shop called The Golden Jersey. I have become an enthusiastic trail runner since moving to the country and love being amongst nature on the coastal or forrest trails.
Anthony and I are looking forward to riding in the 20th anniversary heritage peloton. As our kids approach adolescence, the relevance of the ride is greater than ever. I will be using my original triathlon bike (circa 1990) which is the same bike I used in 2003 and every subsequent ride I have done. I suspect I will get alot of fines for this!

There are currently no donations.
Support Renee by donating today.

Stay updated with the Hawaiian Ride for Youth

Show your support and subscribe for updates and event information