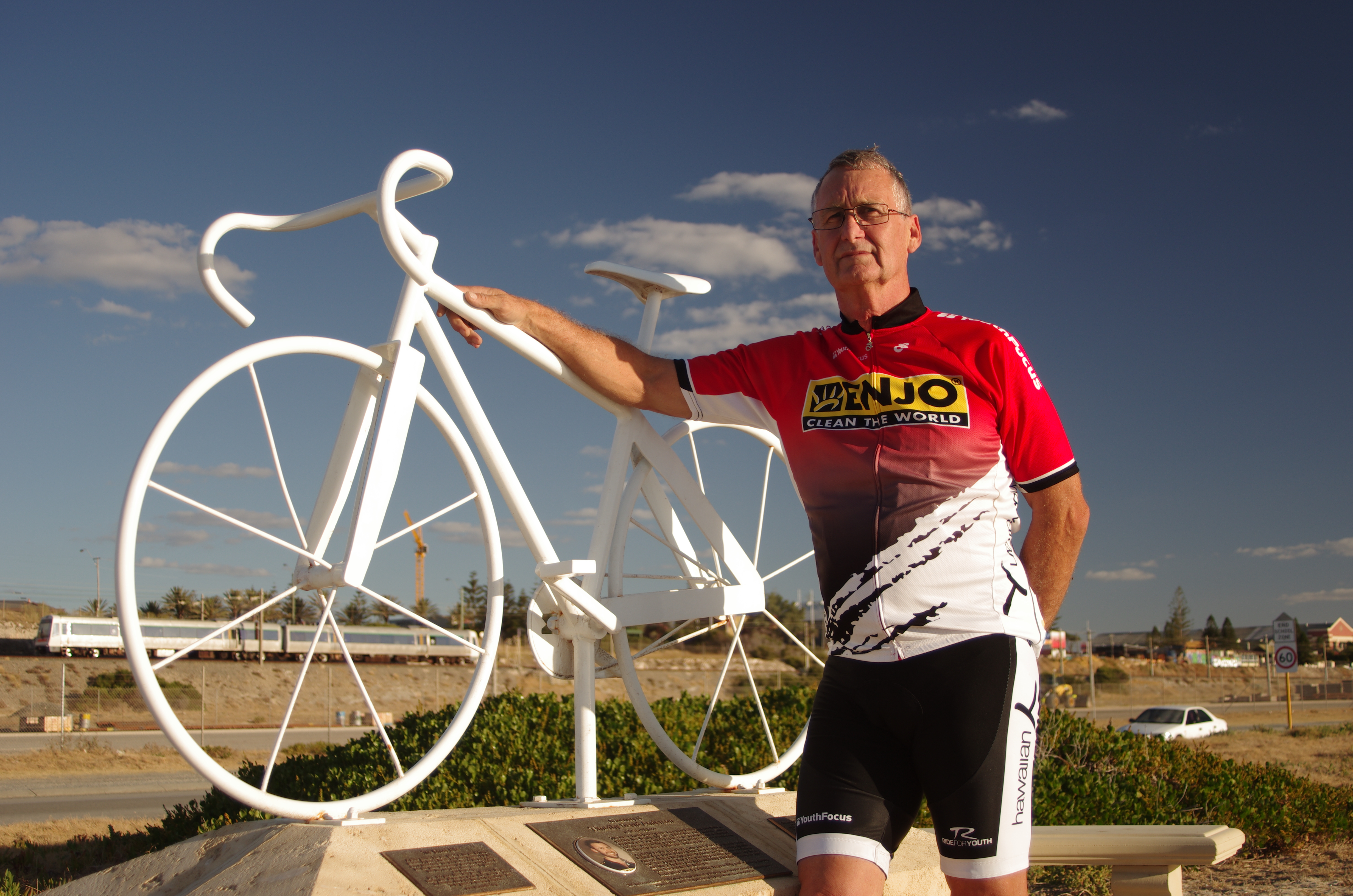 I became involved with the Hawaiian Ride for Youth because of the physical challenge and my belief in the cause – Youth Focus. After my first ride I became committed to the cause and was delighted when my youngest son Tim decided to join me in the ride. Tragically Tim was killed by a drunk diver while training for the ride in 2012.
My world was shattered and it was only with the support of my wife Val, sons Mike and Ben and their families that I was able to continue.
I was honored to be invited to join the Heritage Peloton in this the 20th Ride and on the 10th anniversary of Tim’s Death and will be riding in his memory and supporting a great cause

Stay updated with the Hawaiian Ride for Youth

Show your support and subscribe for updates and event information